Every month, during a Coffee Break, we dive into the stories of EIC innovators and get a glimpse of the persons behind the start-ups. Today’s guest is Eloisa de Castro, CEO of Enerpoly AB and winner of the EIC ePitching with Investors on Deep Tech, back in September 2021. Enerpoly AB is a Swedish company that created a Zinc-Ion battery cell technology that offers a simple, environmentally friendly, efficient, durable and low-cost alternative to Lead-Acid and Lithium-Ion batteries- today’s most widely used storage technologies. Find out more about Eloisa and Enerpoly AB in this month’s EIC Coffee Break.

Tell us how the idea for Enerpoly’s innovation started. Was it something that was in the works for a long time or more of a spur of the moment?

A bit of both. Our founding team had been working separately on elements of Enerpoly's mission before joining forces, but our core innovation is from a research breakthrough. I started my career designing power systems in the US aerospace industry, and spacecraft require renewable power, often solar plus battery energy storage. But design decisions in space rely more on technical requirements than economics, so when I transitioned to engineering and operations within the energy and infrastructure industry, I saw first-hand that the cost-effectiveness of energy storage is the bottleneck for renewable energy adoption and has been so for a long time. Once solar started becoming affordable enough to get more penetration, energy storage affordability became increasingly important.

When I first met our CTO and co-founder Dr. Mylad Chamoun in 2013, he was at Princeton University already researching ways to make batteries from abundant and affordable materials. But it wasn’t until his research breakthrough 4 years later at Stockholm University that the idea for Enerpoly was born. Rechargeable batteries typically use expensive and scarce materials, but he figured out how to make rechargeable batteries with the same low-cost, abundant materials used in single-use alkaline batteries. I immediately reached out to energy industry veterans who not only encouraged us to build the company, but also said don’t hesitate; do it NOW. 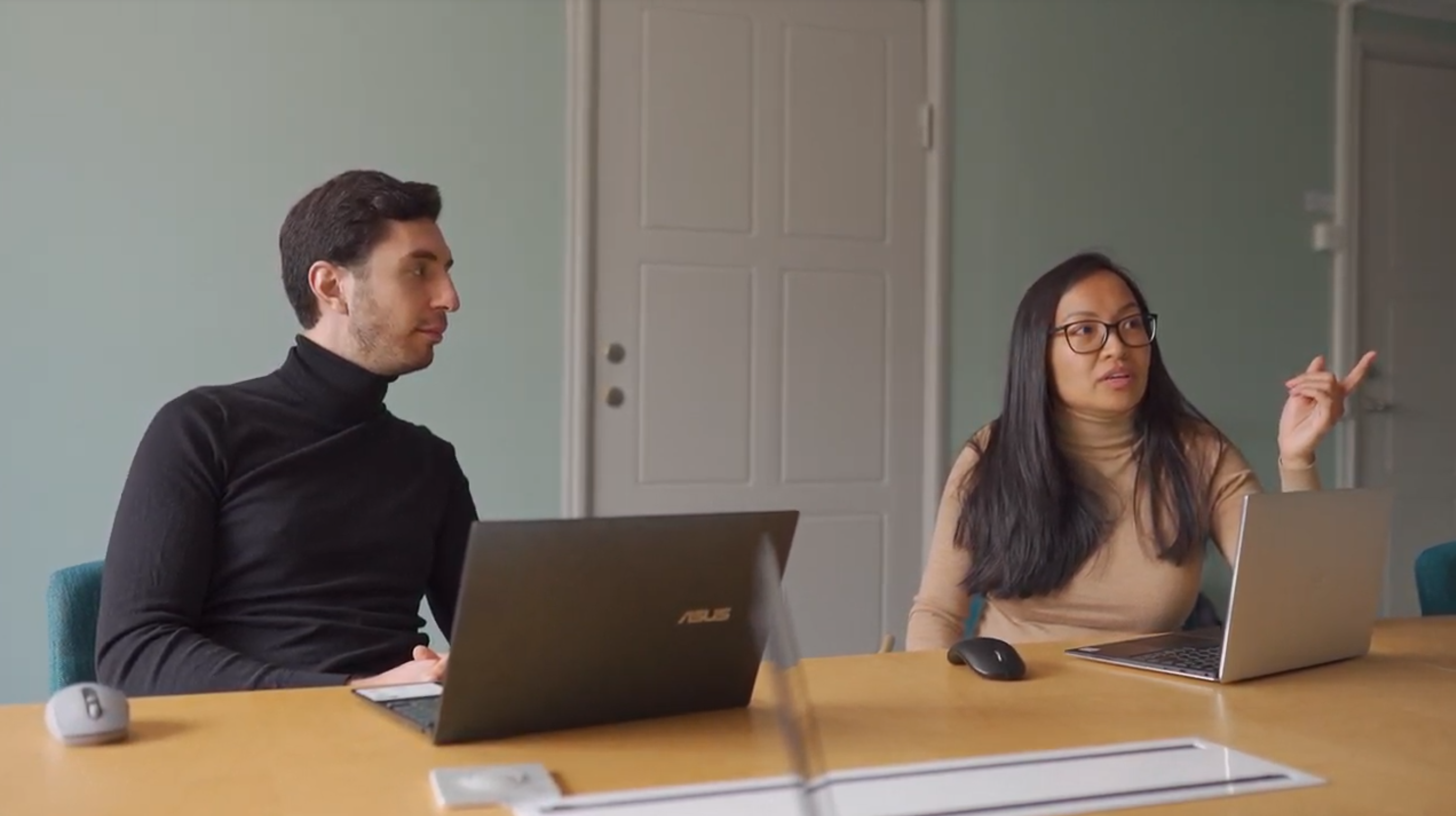 Our other co-founder, Dr. Samer Nameer, had previously spent time doing process engineering research in the San Francisco Bay Area, where he fell in love with the Silicon Valley startup culture. He brings expertise in process quality management and a passion for entrepreneurship to the table, rounding out our founding team.

At Enerpoly, we aim to build a future where everyone has access to clean energy by bringing breakthrough affordability to energy storage. This vision has driven us as we established ourselves over the last three years and raised the funds to work on our innovation full-time. The EIC funding in 2020 (Phase II: 1.634.472 €) has helped us build a company around this technology and truly accelerate our mission.

How did your family respond to your ideas to move from the US to Sweden and work with and for Enerpoly?

My family is 100% on board. My parents have both had careers in the energy sector and Enerpoly’s mission immediately resonated with them. Growing up, I had children’s books about energy conservation and renewables, which were still called “alternative” energy back then. As you can imagine, everyone is supportive and very excited about this opportunity.

Could you tell us about a tough moment you had during the development of Enerpoly and how you pushed through it?

When we first started advocating for our technology, our selling points got little traction, but the COVID pandemic changed that. One of the aspects that is so promising about Enerpoly zinc-ion batteries is that they’re fundamentally supply chain stable. We are building our batteries with the same materials as alkaline batteries, which are some of the most abundant materials in the Earth’s crust. They’re refined on a scale more than 2 orders of magnitude greater than that of today’s rechargeable battery materials. During the pandemic, supply chains were significantly disrupted, and the entire world realised the importance of supply chain stability and flexibility. Alkaline batteries have been around for more than half a century and there are manufacturers throughout the world—in Europe, North America, Asia, you name it. Knowing all this, it’s easy to see how well-established these supply chains are, and that they allow for localised supply and production. As a result, Enerpoly has become a serious contender for interesting funding opportunities. In a sense, the pandemic brought to light the benefits of our sustainably scalable technology. Beforehand, this aspect was less of a concern to potential investors.

Right now, I’m reading Peter Thiel’s (co-founder of PayPal) ‘Zero to One: Notes on Startups, or How to Build the Future’. This book introduces the idea that intensive progress requires the ability to glimpse the future. We can’t know exactly what the future holds; all we know is that the future, by Thiel’s definition, is very different from now, and that it is created by those who innovate based on a truth they know earlier than the rest of the world. You can glimpse the future by looking at the truths that are not yet well-known right now, but that become commonly accepted once they are well-known. Of course, I relate it to the experience that we've had at Enerpoly; we’ve viewed the supply chain as highly important from the get-go, but it was not until the pandemic that this became a very commonly accepted realisation.

If you could talk business over lunch with a large corporate CEO or someone else in your field that you really like, which one would you choose and why?

Jeff Bezos, hands down. He has built Amazon to be a very innovative company in a different way than how most technologists think about innovation. Amazon’s innovation approach is customer-centric, and because of that they’ve created a service that is affordable and accessible globally. That’s exactly what Enerpoly wants to do for clean energy accessibility and energy storage affordability. It's also fascinating how Jeff Bezos was able to notice that internet use was growing at 2300% annually, and essentially glimpse the future potential of internet retail. Because of this, he was able to create an amazingly successful company. I would love to sit down with Jeff Bezos and hear more of his thoughts on building technology and ecosystems.