EIC Coffee Break with Marcella Chiari: The story behind the success

Every month, during a Coffee Break, we dive into the stories of EIC innovators and get a glimpse of the persons behind the start-ups. Today’s guest is Marcella Chiari – Research Director at Scitec CNR and Senior Research Scientist –, an EIC Pathfinder beneficiary that’s featuring in the EIC Coffee Break series. Marcella has worldwide recognised experience in the development of hydrophilic linear polymers. Also active in the area of protein and DNA microarray, she has over 200 publications and several patents. Find out more in this month’s EIC Coffee Break.

Tell us how the idea for your innovation started. Did it come to you on a specific day or was it something that you thought about for a long time?

There wasn’t a thought process behind it because a lot of my work was already related to my previous experience. I never really changed the main field of interest – which is chemistry –, particularly the development of chemicals that are useful in microscale analytical techniques. I started working in the field of capillary electrophoresis, connected to the problem of coating the capillary surface – for which I also invented polymers that were useful –, and it went from there. I introduced the same similar polymers in the field of microarray, and due to their success, I had the chance to get in contact with many technology developers in the field. I came across a technology developed at Boston University called IRIS (Interferometric Reflectance Imaging Sensor), which is a technique that allows to detect single nanoparticles on a surface. It was also around that time that I was introduced to the fascinating world of extracellular vesicles. Their detection requires a technology that can detect nanoparticles. So, all my work is connected and has a correlated story behind it. 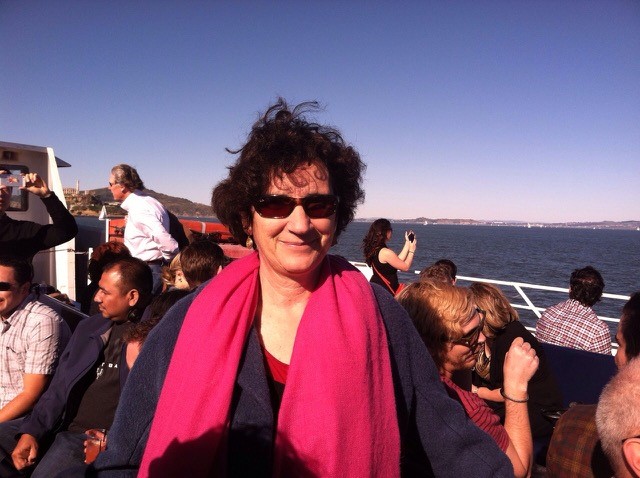 How did your family respond to your ideas?

Actually, my family doesn’t really care much (laughs). They never let me speak about it or explain in detail what I do because they get bored immediately. In fact, I remember that when my daughter was in elementary school, she wrote a little composition saying that her mother liked her job because she could talk about things that nobody understood – that was her view about my appreciation of my job. I have the satisfaction of being able to speak with my son about it because he has a PhD in chemistry, which allows me to share some ideas with him.

When you think about it, who or what has shaped where you are today?

For me, the teachers I had, and the school I went to, played an important role in that. I had a wonderful teacher in elementary school which I still remember, but the one that influenced me the most was Professor Pier Giorgio Righetti at Milano University. He supervised my specialisation thesis and introduced me to the fantastic world of isoelectric focusing. He was a fantastic professor with more than 600 publications and a pioneer in the field. He also had many international connections with many scientists visiting his lab. That helped me learn a lot and was very important for me.

Could you tell us about a tough moment you had during your career and how you pushed through it?

I think the toughest moment I had was when I left the research laboratory from the university, led by professor Professor Righetti, and joined the CNR institute where I am now. I was there working alone and chose to work in the basement of the building which was empty. After that, I 'colonised' it and installed my laboratories there. The Director of the facility was very helpful and helped me with everything, so that allowed me to grow and be where I am now. The fact that I could work collaboratively with other scientists in the institute was also valuable. In my opinion, working together is a key element in our work.

What advice can you give people who are currently playing with the idea of starting a company or research project in your area or others?

They need to explore and think thoroughly about what they want to do, which means addressing every little detail. For me, the problems begin when you don't analyse them, which potentially leads to the failure of projects. Of course, a person cannot know everything, so it's a good strategy to look for competencies outside your field and be able to use a ‘foreign language in science’. For example, if you are a chemist, you must learn how to talk to medical doctors because I think the key to a successful project is being multidisciplinary.

I read a lot. When I finish a book, I start reading another one sometimes on the same day. At the moment, I'm reading Haruki Murakami - I really like his books. I also enjoy reading classical French writers such as Honoré de Balzac, Gustave Flaubert, among others. Authors that I also go for are Liev Tolstói or Fiódor Dostoiévski because I really enjoy that kind of reading. 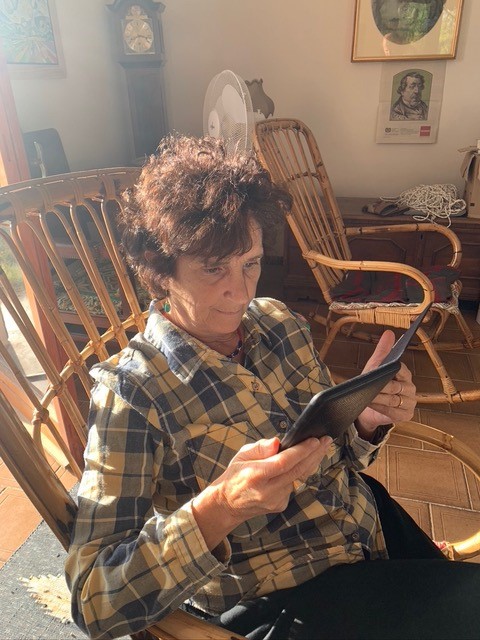 A book that was very important in my life was The Glass Bead Game by Hermann Hesse. It addresses matters related to the mind such as mind control, and I find this topic very interesting. The idea of being able to control the mind and its potentialities, and at the end of your life discovering that it is all about the little things too - flowers, rivers, etc. - and leaving this world behind and entering the real world, was something very inspiring for me because it gave an overview that there is not only the mind but also all the rest.

Did you come to use any of the books you read or book passages to help you during a moment of your life to help you push through something?

Yes, because when I went through a very tough period during my personal life, I told myself, 'OK, I can do everything I want to do', it's just a manner of having method and training my mind with meditation or other techniques that are available.

If you could talk business over lunch with a large corporate CEO or someone else in your field that you really like, or even a global leader, which one would you choose and why?

Do you have one that you would think immediately of having lunch with?

The one from Thermo Fisher Scientific, for instance. They are becoming bigger and bigger, so I would like to know how they did it, where they want to go, etc.